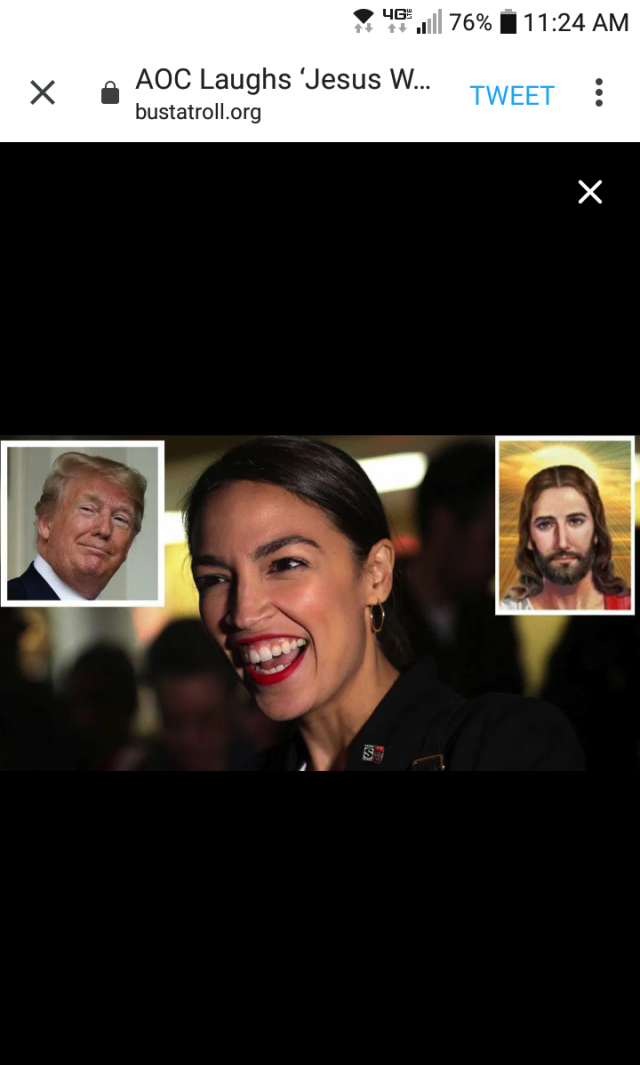 Here’s your demonicRats…congress QueensRat of privilege on radio shows her anti-Christian bias…
“Jesus was a grifter. Trump is the same. Only idiots follow either of them.”

This is outright blasphemy.

Alexandria Ocasio-Cortez saw fit to mock this today in speaking with her intern Sandy Batt. She at first appeared to be agreeing with the similarities between Jesus Christ and Donald Trump, but then her speech took a turn for the worst.

“I hear many people saying that President Trump embodies the virtue and morality of Jesus Christ. You know, I have to agree. Trump and Jesus are a lot alike. They’re both con artists who duped millions into believing their BS.

Look at Trump. His followers are a cult. They blindly believe everything he says and think he is flawless. It’s pathetic.

Two thousand years ago, a man named Jesus did exactly the same thing. He convinced his own cult that he was the son of God, of all things. How ridiculous is that? How can you be the son of something

Trump’s followers are generally God believers as well. They are the easiest to manipulate. After all people who believe in talking snakes and talking bushes and magical daddies in the sky who can do and know everything are obviously not the brightest people.

“Jesus was a grifter. Trump is the same. Only idiots follow either of them.”