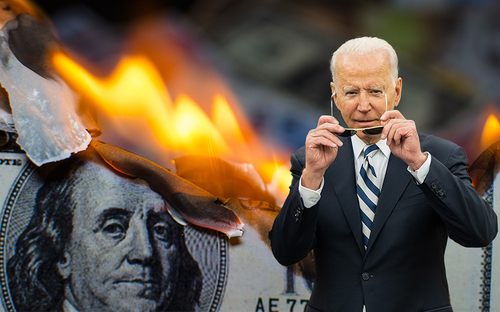 On November 15th, 2022, several of the world’s biggest banks agreed to a shocking new plan – one that could lead to a complete overthrow of the U.S. dollar as we know it.

Sponsored by the New York Federal Reserve, participants in this plan include banking giants like Wells Fargo, Citigroup, HSBC and Mastercard, just to name a few.

The pilot program – dubbed “Project Cedar” – would convert regular U.S. dollars into a brand-new type of dollar, which could have massive implications for all American citizens.

But “Project Cedar” is just the second step in a complete overhaul of the U.S. banking system.

The first step was announced on March 9, 2022, when President Biden signed Executive Order 14067.

This Executive Order gave legal provisions for this new U.S. dollar, and could give the U.S. government unprecedented control over your money and freedom.

In fact, it could even pave the way for things like: