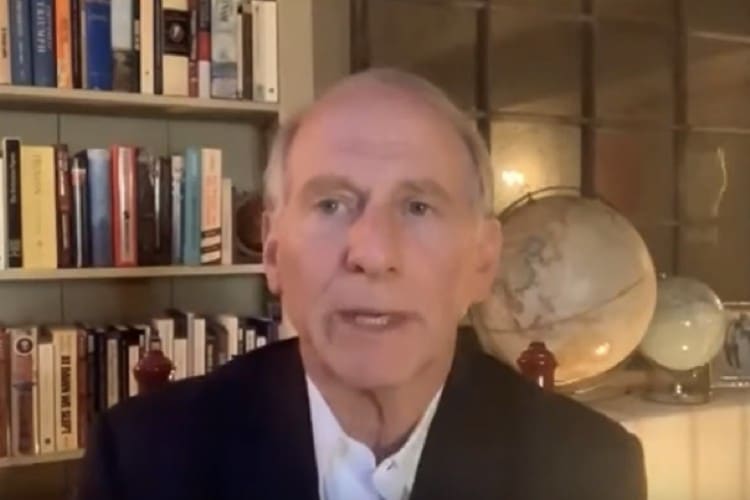 Image of Richard Haass: Screenshot of a YouTube video by the Council on Foreign Relations

During a live webinar with state lawmakers and even governors discussing state and local policy issues, President Richard Haass of the globalist Council on Foreign Relations was confronted by a questioner about his controversial organization’s apparent agenda to merge the United States into a one-world system. Advocates of the agenda in high places frequently refer to their goal as a “New World Order.”

Despite his fake smile, it was obvious Haass was not amused. He responded to the question with bumbling and deception. First, he denied — falsely — that the CFR was, in fact, seeking to subvert the independence of the United States. Then, he proceeded to peddle globalism as the solution to alleged global crises such as “climate change” and “terrorism.”