Portions of CNN’s write-up are extremely similar to the PLA’s military press release.

“The report said that the Chinese carrier was carrying out this operation while four US Navy aircraft carriers — the USS Theodore Roosevelt, the USS Ronald Reagan, the USS Carl Vinson and the USS Nimitz — have reported cases of coronavirus, crimping their operations,” CNN wrote.

This was also noted in PLA’s write-up, as CNN noted in their blurb. 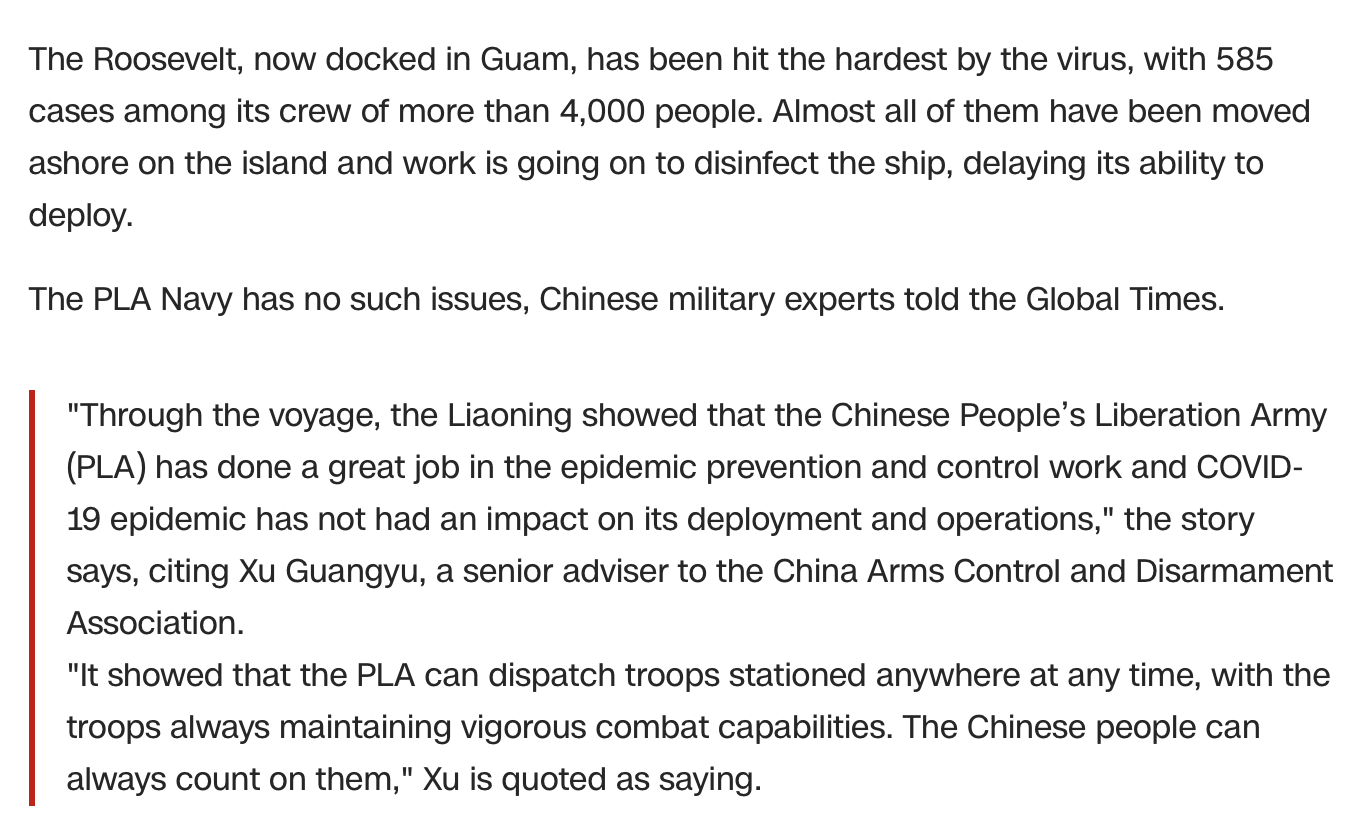 Many parts of CNN’s article were similar to PLA’s release.