Avoiding The Flags Has Become Symbol Of Protest 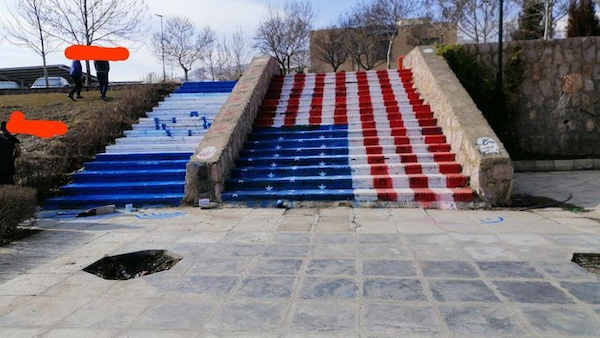 Probably the most overlooked aspect of the “flags on the sidewalk” phenomenon in Iran is that, as the regime paints those flags everywhere, hoping Iranians will step on them, it is basically symbolizing its – the regime’s – effective “occupation” by its obsession with the Great Satan and the Little Satan.

Not focusing on that point is as it should be, of course. The nobility and honor of Iranians who refuse to tread on the foreign flags are what is most important. Americans and Israelis are awed to see such courageous signs of goodwill and respect. I know I speak for many when I say we wish we had more direct ways to con
vey our reciprocal admiration and support to the Iranian people.

Just like the protesters in the streets of Iran are chanting:”They are lying that our enemy is America, the real enemy is here!”, protesting students of Melli University of Tehran, refuse to walk over US & Israeli flags and boo people who do. 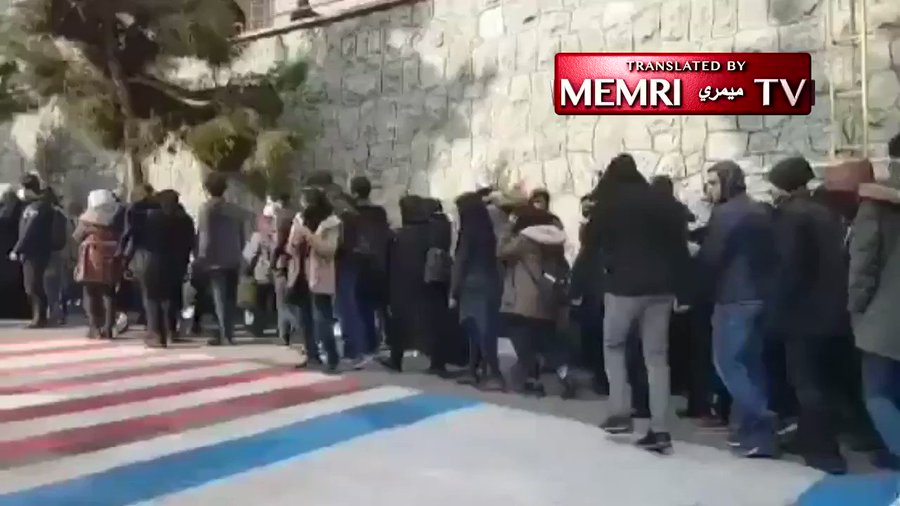