If Not Now … When? Will the GOP Majority Ever Stand for Anything? 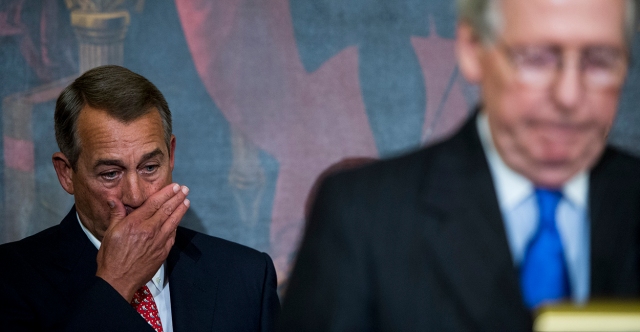 The phrase I heard most often from Republican leadership while serving in the House and Senate was, “This is not the right time to have this fight.”

Whether the issue was balancing the budget, school choice, patient-driven healthcare, eliminating earmarks, raising the debt limit, ending big, crony handouts like the Export-Import Bank or any stand against the continued growth, favoritism and intrusion of big government, conservatives were always told to wait. Wait until conservatives have the majority. Wait until we have the White House. Wait until we are reelected.

We’re seeing that “wait” attitude in practice today as the House votes on a “clean” Department of Homeland Security funding bill. Despite the fact that Republicans have majorities in both the House and the Senate that were elected on a pledge to fight against President Obama’s executive amnesty, and despite forcing through a big spending bill at the end of 2014 with the promise they would fight later on Homeland Security appropriations, they are now punting the issue entirely.

3 Responses to If Not Now … When? Will the GOP Majority Ever Stand for Anything?