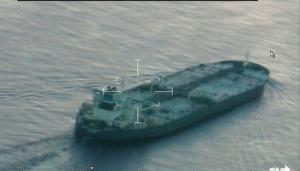 A tanker near Texas loaded with $100 million of disputed Iraqi Kurdish crude has disappeared from satellite tracking, the latest development in a high stakes game of cat-and-mouse between Baghdad and the Kurds.

The AIS ship tracking system used by the U.S. Coast Guard and Reuters on Thursday showed no known position for the United Kalavrvta, which was carrying 1 million barrels of crude and 95 percent full when it went dark.

Several other tankers carrying disputed crude from Iran or Iraqi Kurdistan have unloaded cargoes after switching off their transponders, which makes their movements hard to track.