What a load of bullcrap! Obama and Co. advertized for parents to SEND their children to the US! 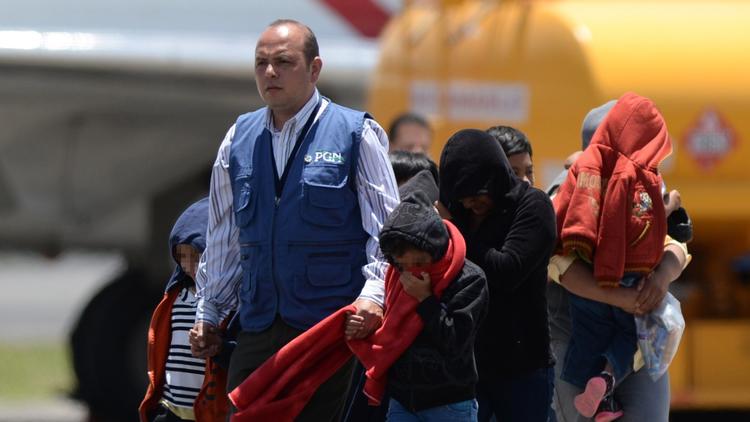 Mothers and children arrive in Guatemala City on July 22 after being deported from the United States. (Johan Ordonez / AFP/Getty Images)

Not only have more unaccompanied children illegally crossed the southern border this year — more than twice last year’s total — but they are crossing at much younger ages, according to a study released this week.
There has been a 117% increase in apprehensions among unaccompanied children ages 12 and younger and a 12% increase among teenagers between fiscal year 2013 and the first eight months of fiscal year 2014, according to government statistics obtained through a Freedom of Information Act request by the Pew Research Center. Also, the number of unaccompanied girls that have been caught crossing the border illegally has increased more rapidly this year than the number of boys, Pew research found.