This could be big. This could end up being very, very big because two protests have been planned for the same weekend in Washington DC. On October 13, the Million Vet march will coincide with day 3 of the truckers ride in our nation’s Capital.

There has been righteous indignation and rage simmering just below the surface since the Community Organizer from Chicago began usurping his power, but this past week, his thugocracy went too far. When Obama’s shutdown theater was implemented to make Americans – including 80 to 90 year old WWII vets – feel as much pain as possible – that simmering rage reached a full boil.

While most of the nation’s attention has been on the “barrycaded” WWII Memorial, other war memorials in DC have been shut down as well. Yesterday, Park Police removed Vietnam vets and tourists from the Memorial Wall.

Via Gateway Pundit: ”Unbelievable! Barack Obama brought out the German Shepherds today to threaten US veterans at the Vietnam Memorial.” 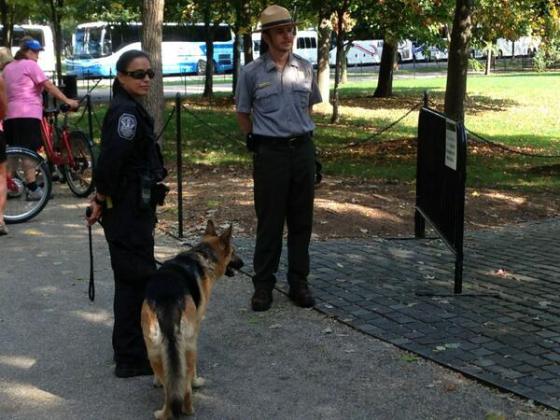 Via William Jacobson, NBC’s affiliate in Washington, D.C. reports that police ordered tourists and Vietnam war veterans who were visiting the Vietnam Veterans Memorial Wall to leave the memorial at one point on Friday.
READ MORE: http://nicedeb.wordpress.com/2013/10/05/million-vet-march-and-truckers-ride-on-washington-october-13/