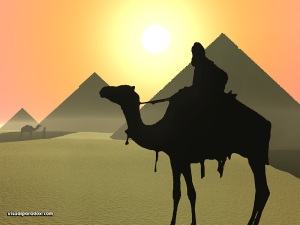 For now members of the Nour (The Light) Salafist party, which won 20% of the vote in recent elections (second only to the Muslim Brotherhood), are talking about putting an end to the ‘idolatry’ represented by the pyramids. This means destruction – along the lines essayed by the Afghan Taliban who blew up the Banyam Buddhas – or ‘concealment’ by covering them with wax. Tourists would presumably see great blobs rather than the perfectly carved steps. UK DAILY MAIL This last suggestion was made by Abdel Moneim Al-Shahat, a Nour candidate for parliament. Apart from wanting to do away with this ‘rotten culture’, this gentleman also wants to ban the Nobel prize winning novels of Naguib Mahfouz, one of many great Egyptian writers.
I suppose they could call in the great Bulgarian artist Christo, who specialises in putting curtains across the Grand Canyon or surrounding Pacific atolls in fetching pink cloth? But I doubt they have heard of him. 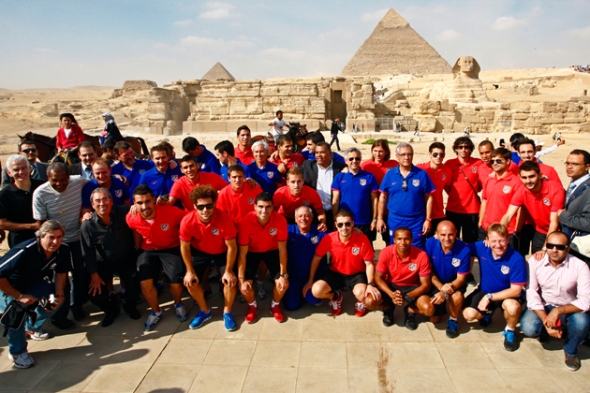 Salafism means reverting to the mores of the founding generation of Islam, for the close companions of the Prophet were called Salafi meaning ‘pious founders’. Since the last adherent of ancient Egyptian religion allegedly converted (to Christianity) in the fourth century AD, the original Salafists had little to worry about the pyramids and left them alone.