So where was UNDOF on Sunday?

UNDOF is the United Nations Disengagement Observer Force in Syria. This is its mandate:

Maintain the ceasefire between Israel and Syria;

Supervise the disengagement of Israeli and Syrian forces; and

Supervise the areas of separation and limitation, as provided in the May 1974 Agreement on Disengagement.

Here is a map showing its area of operations. I have highlighted Majdal Shams, where the riots were yesterday and on May 15th. 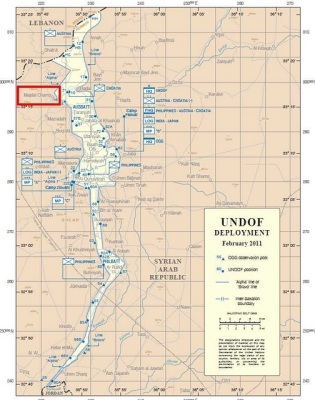 The map shows that the Arab rioters passed through miles of UNDOF areas patrolled by the Austrian contingent of UNDOF.

The entire UNDOF forces consist of around 1200 lightly armed peacekeepers.

So what did they do on Sunday to defuse tensions on the border?

(Read full “So where was UNDOF on Sunday?“)