New York officials have arrested 11 more bus drivers in the greater New York City area for using aliases to get fraudulent licenses in an ongoing investigation following the March 12 tour bus crash that killed 15 people in the Bronx. 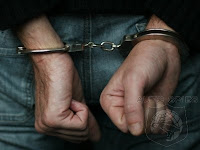 As part of a state crackdown following a horrific Bronx crash, two Queens bus drivers were busted Thursday for allegedly using aliases to get new commercial driver licenses after their initial ones were suspended.
Passenger-bus driver George Gregory Gonsalves, who works for Community Transportation Systems, and school-bus driver Emel Enrique Marin, who works for Little Richie Bus Company, were charged with offering a false instrument for filing and falsifying business records, Gov. Andrew Cuomo’s office announced.
Little Richie Bus Company attorney Sid Davidoff said Marin “had a spotless record” and the company wasn’t aware of license problems. Community Transportation did not return a call for comment.
The Department of Motor Vehicles is deploying sophisticated facial recognition technology that scans records to catch duplicate images of people who are registered under different names.
The driver in the Bronx bus crash that killed 15, Ophadel Williams, allegedly used multiple names to get a commercial driver’s license to circumvent a suspension.

Arrests made for bogus drivers’ licenses in NY bus crackdown

NEW YORK (Reuters) – Two New York bus drivers have been arrested for wrongfully obtaining commercial driver’s licenses in a widening crackdown sparked by a deadly Bronx bus crash, officials said on Thursday.
In a sweep ordered by Governor Andrew Cuomo, the Department of Motor Vehicles used sophisticated facial recognition technology to scan driving records and flag any instances in which a single individual appeared to have licenses under multiple names.
Arrested were Emel Enrique Marin, a school-bus driver, and George Gregory Gonsalves, a passenger-bus driver, on charges of wrongly obtaining new licenses using an alias after their previous licenses were suspended.
“The alleged failure of the defendants to be totally truthful with state authorities or their employers about the status of their driver’s licenses compromised the transportation safety of their passengers, some of whom were children,” said Queens District Attorney Richard A. Brown in a statement announcing the arrests.
Since the Bronx crash, the Department of Transportation, using roadside checkpoints, has ordered dozens of buses and bus drivers off the road for violations found on driving records or vehicles, the governor’s office said.
Meanwhile, the DMV began its records scan, resulting in the arrests of Gonsalves and Marin.
Marin’s arrest came as a surprise to his employer, the Little Richie Bus Company.
“For the last 11 years he’s had a spotless record,” said company attorney Sid Davidoff. He said Marin had been recertified to drive a school bus every year by the Department of Education.
However, the DMV cited more recent problems, noting Marin had another license under the alias of Carlos Lopez that was suspended in December 2005.
Gonsalves’ employer, Community Transportation Systems of Queens, did not return a call seeking comment.
Federal and state authorities are still looking into the cause of the March 12 tour bus crash on Interstate 95 in the Bronx that killed 15 passengers.
Driver Ophadel Williams has said that he lost control of the vehicle after swerving to avoid a tractor-trailer.
Investigators are trying to determine whether Williams was sufficiently rested and alert on the job, and whether or not he lied or used aliases to obtain his commercial driver’s license, which has since been suspended.
One of the surviving passengers, Yuke Chue Lo, who suffered a fractured skull, filed a lawsuit this week in the State Supreme Court in the Bronx against Williams and his employer, World Wide Travel, accusing the driver of “negligently falling asleep.”

ALBANY, N.Y. — State officials have arrested 11 more bus drivers in the greater New York City area for using aliases to get fraudulent licenses in an ongoing investigation following the March 12 tour bus crash that killed 15 people in the Bronx.
Those arrested Friday include commercial operators and four Metropolitan Transportation Authority employees. That follows arrests Thursday in New York City of two bus drivers and a cab driver accused of obtaining driver licenses using aliases.
Department of Motor Vehicles investigators are using facial recognition technology to identify individuals with a valid commercial driver’s license in one name and additional licenses in another. Their driving privileges are suspended pending prosecution for filing false documents.
MTA Chairman Jay Walder says its drivers have been suspended and the authority plans to fire them.

Investigators with the DMV have been using facial recognition technology to identify individuals who have a valid CDL in one name and additional driver license documents in another. The DMV Division of Field Investigation coordinated today’s arrests with the New York City Police Department’s Fraudulent Document Squad.

“New York will use every tool at its disposal, including the latest facial recognition technology, to end fraudulent practices in obtaining driver licenses,” Governor Cuomo said. “People should have confidence in the system, and my administration will continue to crack down on potentially dangerous drivers and buses. I thank the DMV and our partners in law enforcement for their steadfast commitment to rooting out these individuals.”

J. David Sampson, Executive Deputy Commissioner of DMV said, “Facial recognition technology has provided DMV with an important tool to identify individuals who use fraudulent documents to obtain a second driver license. This investigation is ongoing and our investigators will continue to identify and arrest all those who have submitted false identities.”

Jay H. Walder, MTA Chairman and CEO, said, “We are working with the DMV and law enforcement, and are grateful they have the technology in place to detect this willful evasion of the extensive background checks performed on all MTA employees. All of the bus drivers have been suspended without pay and we are moving immediately to seek their dismissal. The safety of our customers is our top priority and we have zero tolerance for this type of behavior.”

The DMV has suspended all the defendants’ driving privileges pending criminal prosecution. The drivers arrested today were each charged with Offering a False Instrument for Filing in the First Degree and Falsifying Business Records in the Second Degree. The investigation is ongoing.

The MTA employees arrested today are:

The commercial drivers arrested today are:

On March 12, a tour bus crashed in the Bronx, killing 15 passengers and injuring dozens more. Since then, New York state investigators subsequently determined that the driver, Ophadell Williams, allegedly provided false statements on his application for a driver license to conceal the fact that he used multiple names and previously had his driving privileges suspended. An investigation into the matter is ongoing. Last weekend, the state Department of Transportation (DOT) and the State Police began a large-scale checkpoint operation to inspect tour buses and driver’s records, resulting in dozens of buses and bus drivers taken off the road.

New York state agencies, including DMV, the State Police and DOT, will continue to work with local law enforcement and prosecutors to remove dangerous and illegal drivers from New York’s roads.

The defendants are presumed innocent unless and until proven otherwise in court.